First of all, what is umami made of?

Umami is made of glutamate, an amino acid that is one of the building blocks of protein.

In 1907, Professor Kikunae Ikeda while savoring a bowl of boiled tofu in kombu dashi (a broth made from a kind of kelp.), he became convinced that there was another basic taste altogether different from sweet, salty, sour, and bitter. Intrigued by this thought, he began analyzing the composition of kombu dashi and by 1908 he isolated crystals that conveyed the taste he had detected. These crystals were made of glutamate—one of the most common amino acids in foods, and in the human body. 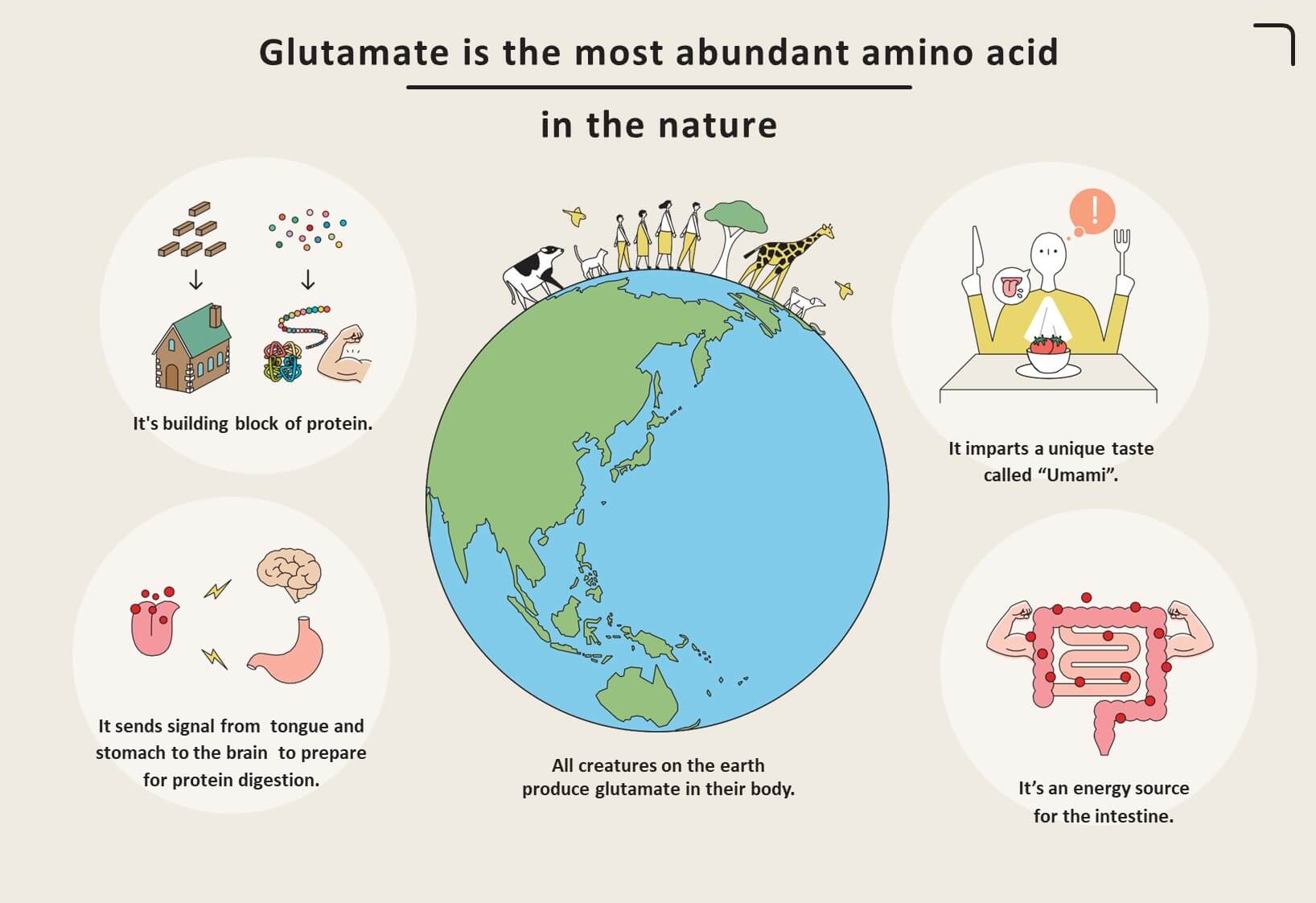 By 1909, he had figured out the means of mass production of this substance, in part by learning how to combine the glutamate with sodium, which is tasty, easy to use as a seasoning, and easy to digest. He had invented monosodium glutamate, MSG. He gave the taste of MSG a temporary name until he thought of a better one. He called the taste “umami.” 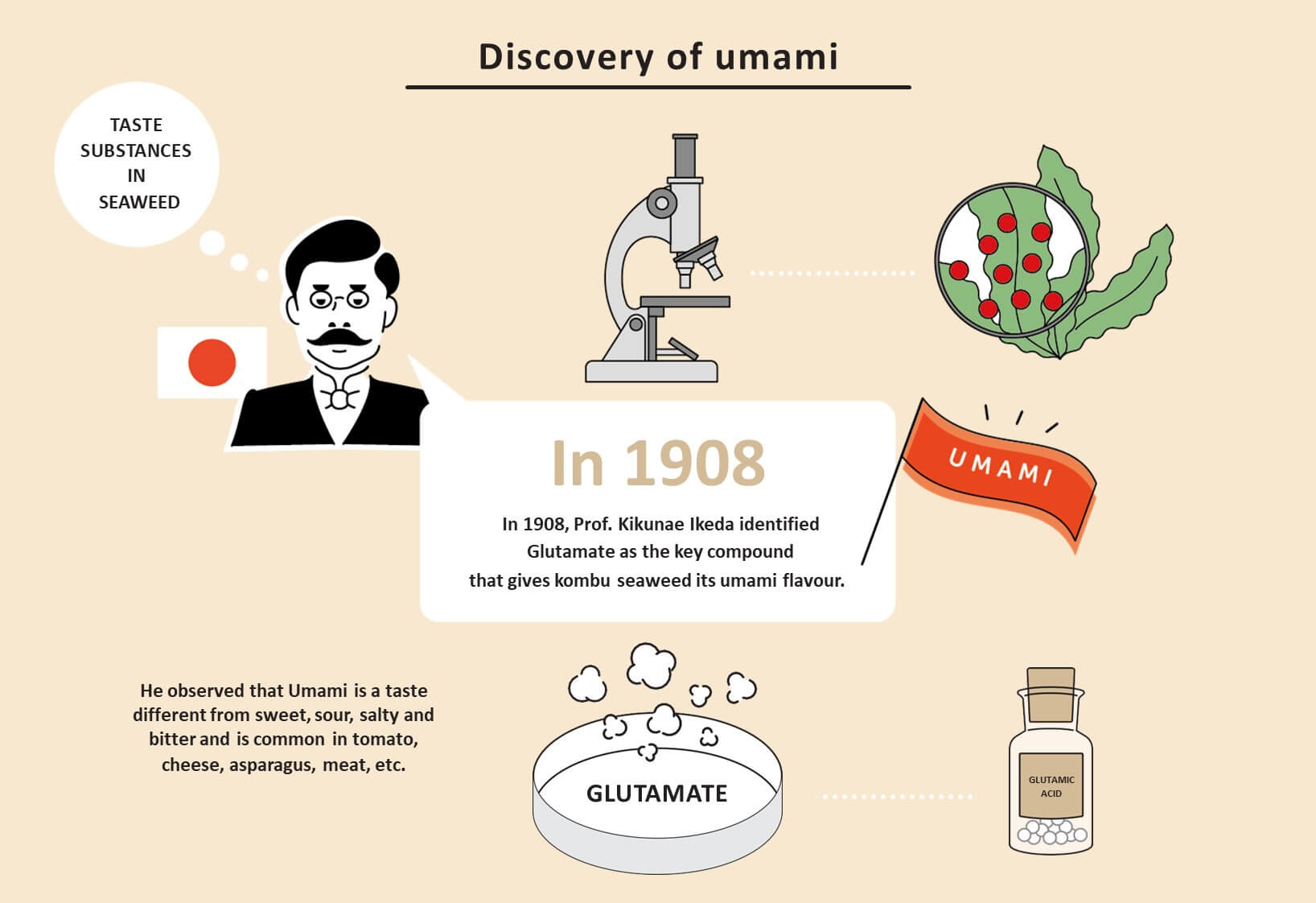 The Secret of Kombu

Professor Ikeda may have invented umami, but he wasn’t the only person in the world who was trying to decipher the mysteries of soup stock. Around the same time, but half a world away, a pioneer in the food industry named Julius Maggi was hard at work developing rapid-cooking dehydrated soups. Maggi’s work eventually resulted in the creation of bouillon cubes made from hydrolyzed vegetable proteins—it was the hydrolysates that produced the bouillon’s meaty flavor. Both Professor Ikeda and Mr. Maggi were working with soup stock to determine its component parts. But there was one crucial difference. Japanese soup stock was based on kombu, and European soup stock was based on vegetables. Although both men had developed products based on soup stock, the component amino acids of their soups were different. 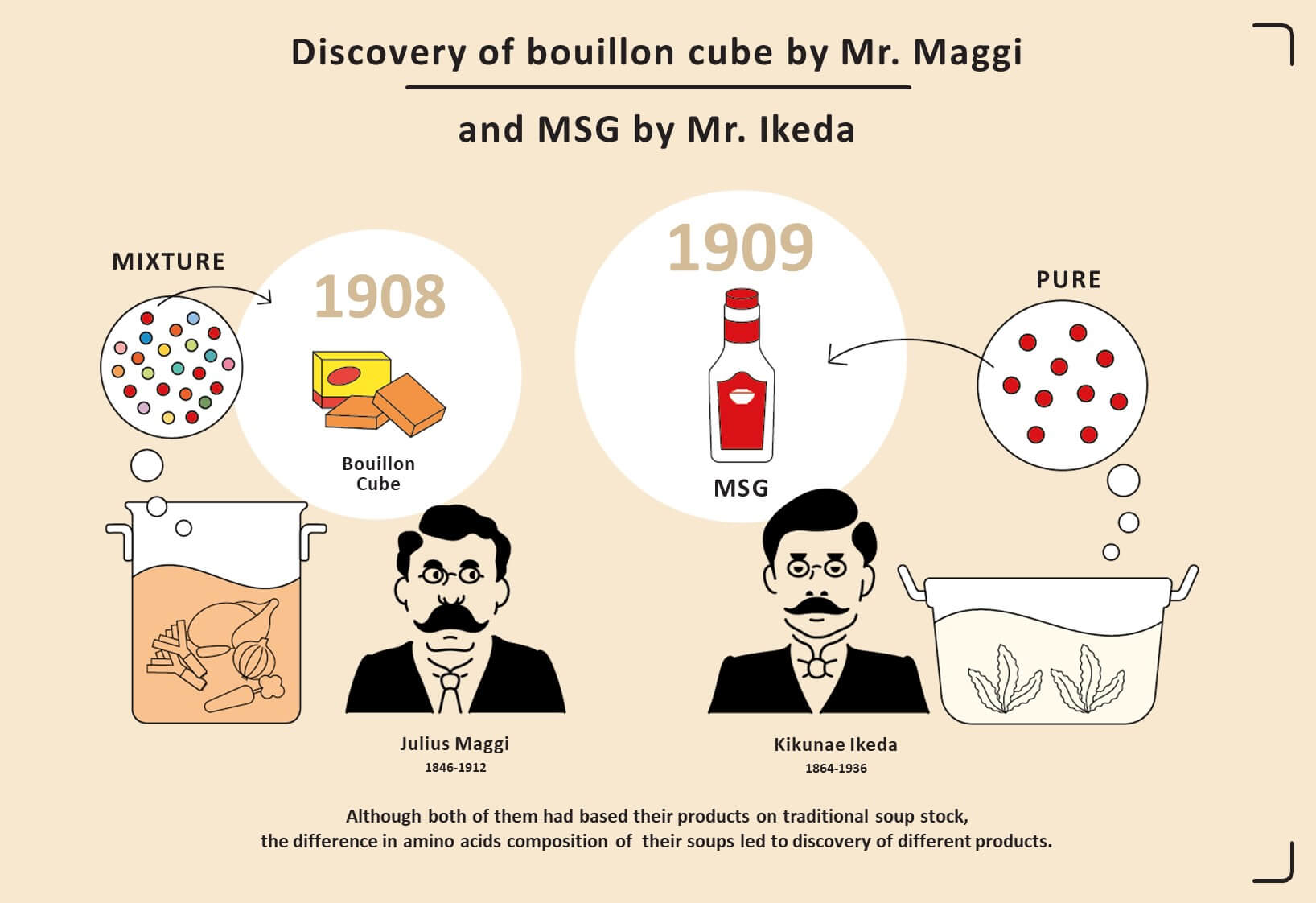 Professor Ikeda wanted his discovery of umami to lead to the development of something useful for people’s lives. He isolated glutamate from an amino acids mixture based on wheat protein hydrolysate, and went on to create a business to bring its umami taste to Japan, and then to the world. Mr. Maggi developed a bouillon cube using a protein hydrolysate that was a mixture of amino acids. The difference between the two inventions, based on a single amino acid or amino acid mixtures, reflects differences in food culture between Japan and Europe.