A popular seasoning and flavor enhancer, AJI-NO-MOTO®, an MSG (monosodium glutamate) product, is the purest form of umami, the fifth taste. AJI-NO-MOTO® is widely used to intensify and enhance umami flavors in sauces, broths, soups and many more foods. Extensive scientific research has confirmed AJI-NO-MOTO® is safe for consumption, and because it contains one-third the amount of sodium as table salt, it can be used as a partial replacement for salt to reduce sodium in food while still enhancing flavor.

Umami and AJI-NO-MOTO® are two sides of the same coin: they both give us the same taste experience, both with glutamate. The glutamate in AJI-NO-MOTO® is chemically indistinguishable from the glutamate present in animal and plant proteins, and our bodies metabolize both sources of glutamate in the same way. Think of salt and saltiness. Many foods taste salty, but a pinch of salt on your tongue gives you the purest taste of saltiness. AJI-NO-MOTO® itself does not have any taste but imparts the umami taste when added to food.

The Ajinomoto Group has produced the odorless white crystalline powder known as AJI-NO-MOTO® for over a century, and today it is found in kitchen cupboards worldwide.

What is AJI-NO-MOTO® made of?

AJI-NO-MOTO® is plant derived i.e. made from plants like corn, sugar cane and cassava. AJI-NO-MOTO®, monosodium glutamate, is the sodium salt of glutamic acid, one of the most common naturally occurring amino acids. Glutamic acid is produced in abundance in our bodies and found in many foods we eat every day, including meat, fish, eggs and dairy products, as well as tomatoes, corn and nuts. When a protein containing glutamic acid is broken down, for example through fermentation, it becomes glutamate. Glutamate activates our taste receptors, eliciting the delicious savory taste known as umami. 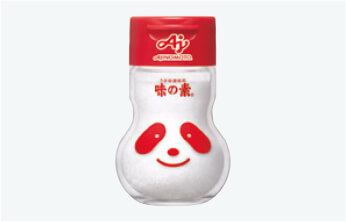 How is AJI-NO-MOTO® made?

AJI-NO-MOTO® is produced through the fermentation of plant-based ingredients such as sugar cane, sugar beets, cassava or corn.

One evening over dinner in 1908, one of the Ajinomoto Group’s founders, biochemist Dr. Kikunae Ikeda asked his wife a question that would change the history of food: What gave her vegetable and tofu soup its delicious meaty flavor? Mrs. Ikeda pointed to the dried seaweed called kombu, or kelp, that she used to make her traditional Japanese dashi, or broth. Inspired by this revelation, Dr. Ikeda set to work. Evaporating and treating his wife’s kombu broth, he was able to extract a crystalline compound, which turned out to be glutamic acid. Tasting the crystals, he recognized a distinct savory flavor he dubbed umami, based on the Japanese word umai (delicious). Dr. Ikeda filed a patent in 1909 to produce the world’s first umami seasoning: AJI-NO-MOTO®.

The following year, the Ajinomoto Group AJI-NO-MOTO® was launched in the Japanese market. At first it was produced through the hydrolysis of gluten to extract wheat protein. Then in the 1930s there was a shift to extracting AJI-NO-MOTO® from soy beans. In the 1960s production moved to the bacterial fermentation of sugar cane and similar crops in a process much like the way cheese, yogurt and wine are produced.

How does the fermentation process work?

Fermentation has been used by humans for centuries as a way to preserve foods and enhance their taste. AJI-NO-MOTO® is made of naturally occurring substances through a modern version of that process, with the help of microbes that transform feedstocks like sugarcane into food products. First the sugarcane is extracted as glucose and sent to a fermentation tank, to which fermentative microbes are then added. These microbes consume the glucose, releasing glutamic acid, which though neutralization is turned into a solution. This solution is then decolorized and filtered for purity. This pure solution is crystallized using an evaporator and the crystals dried to produce the final product—AJI-NO-MOTO®. The entire process has a very small environmental footprint, as its coproducts can be returned to the soil in the form of fertilizer to help grow more crops like sugarcane, forming a virtuous cycle. 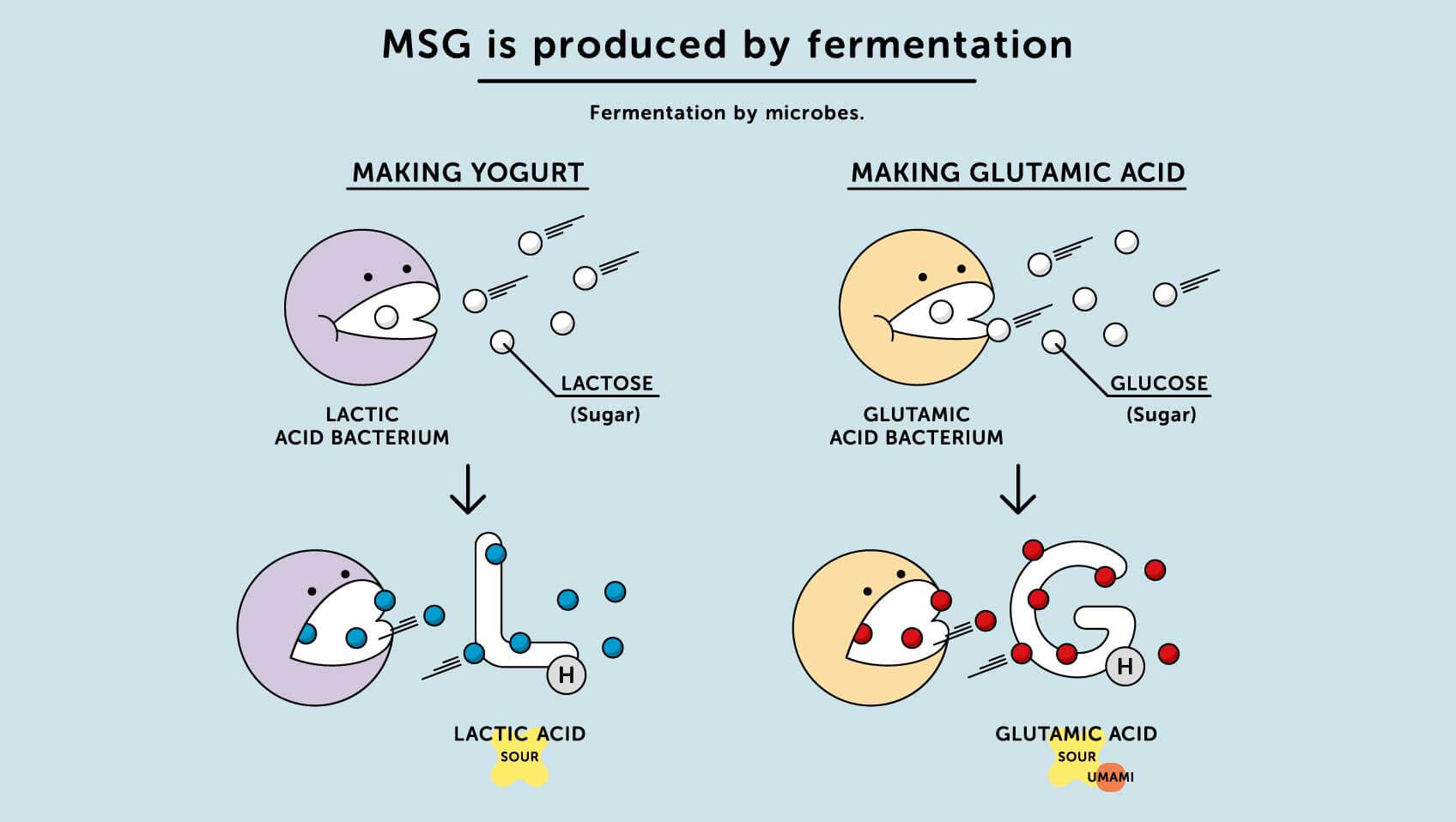 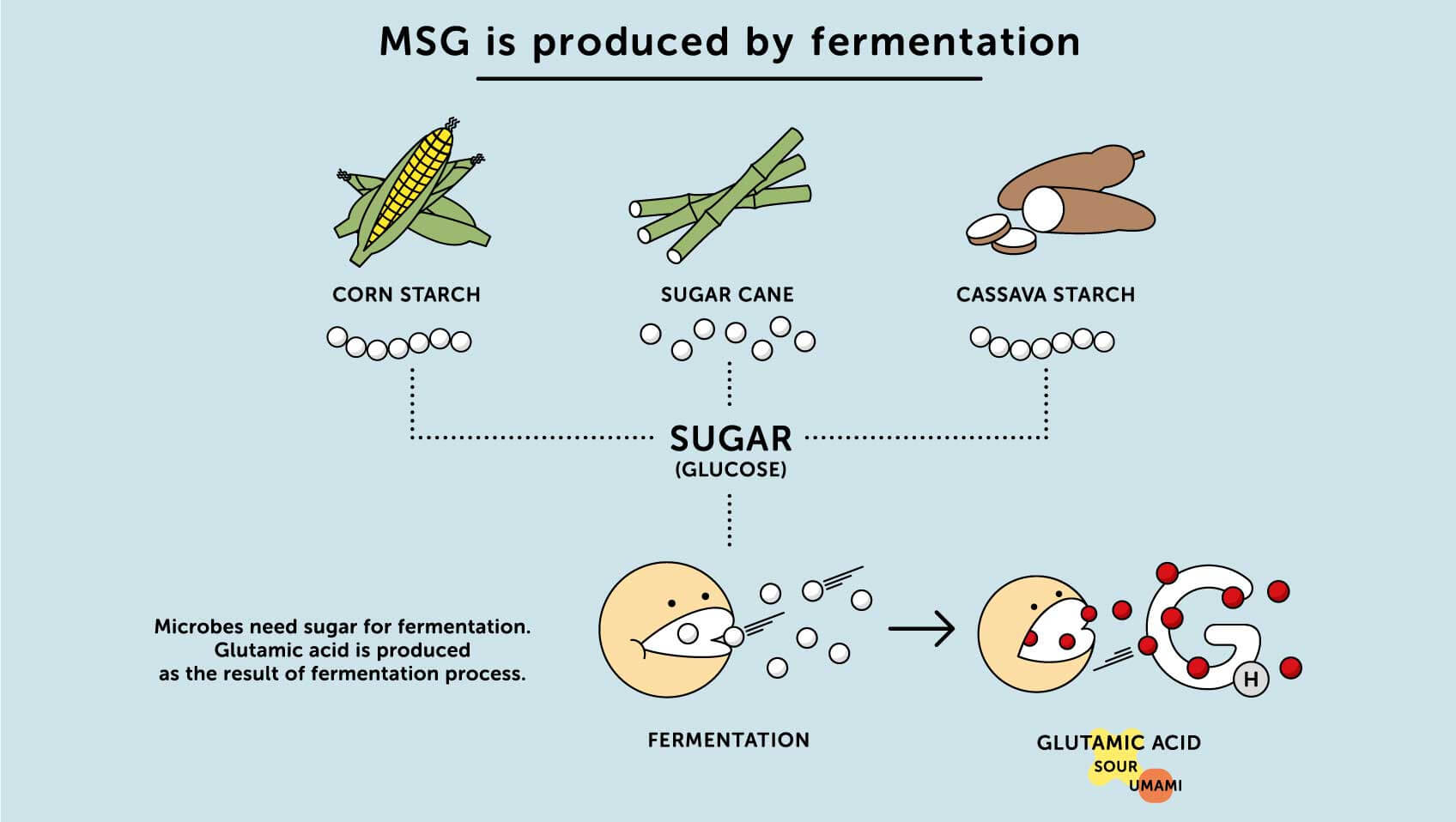 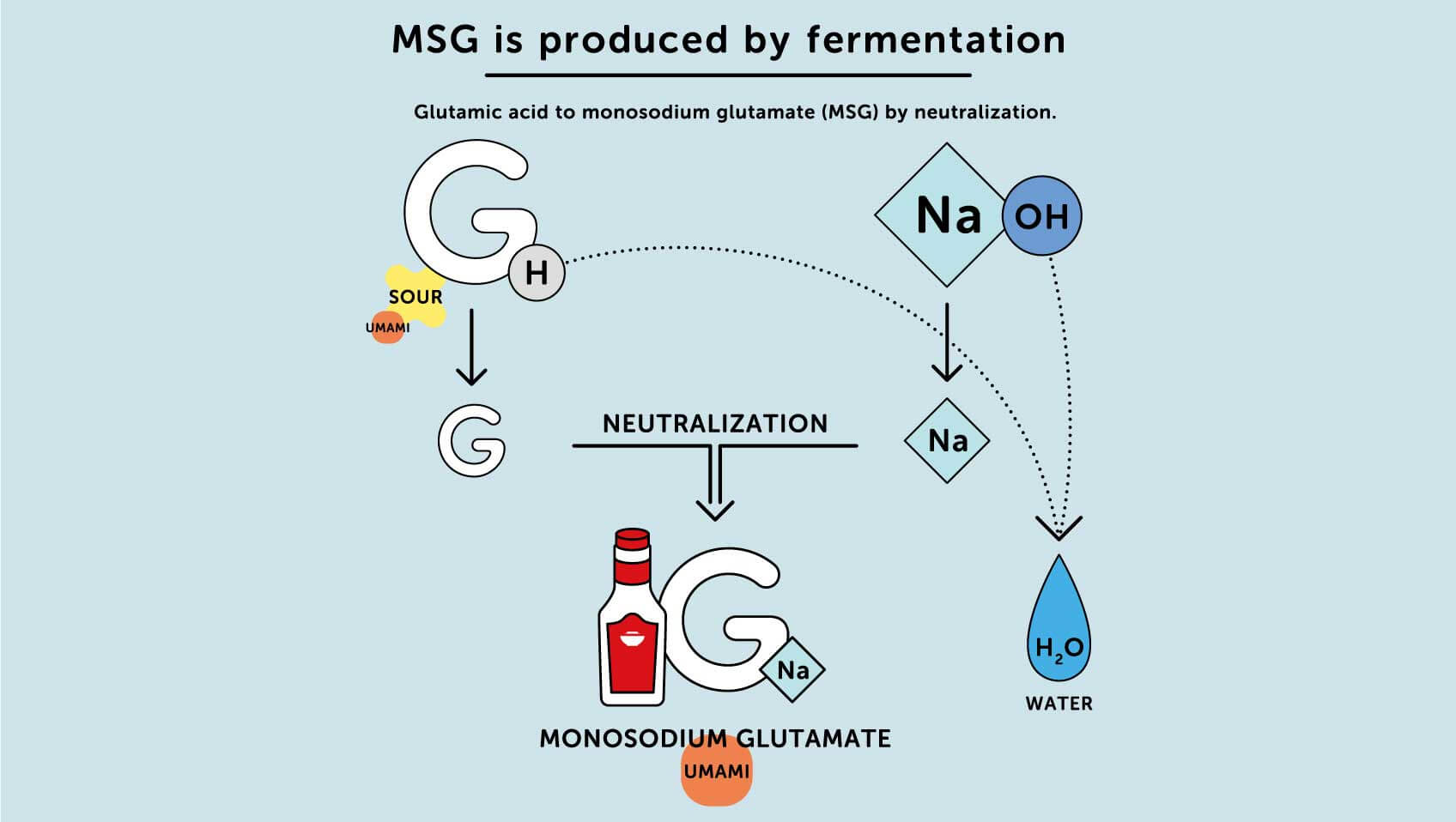