What is umami? 5 interesting facts about umami

Umami, which is also known as monosodium glutamate is one of the core fifth tastes including sweet, sour, bitter, and salty. Umami means “essence of deliciousness” in Japanese, and its taste is often described as the meaty, savory deliciousness that deepens flavor.

1. Umami is more than a buzz word 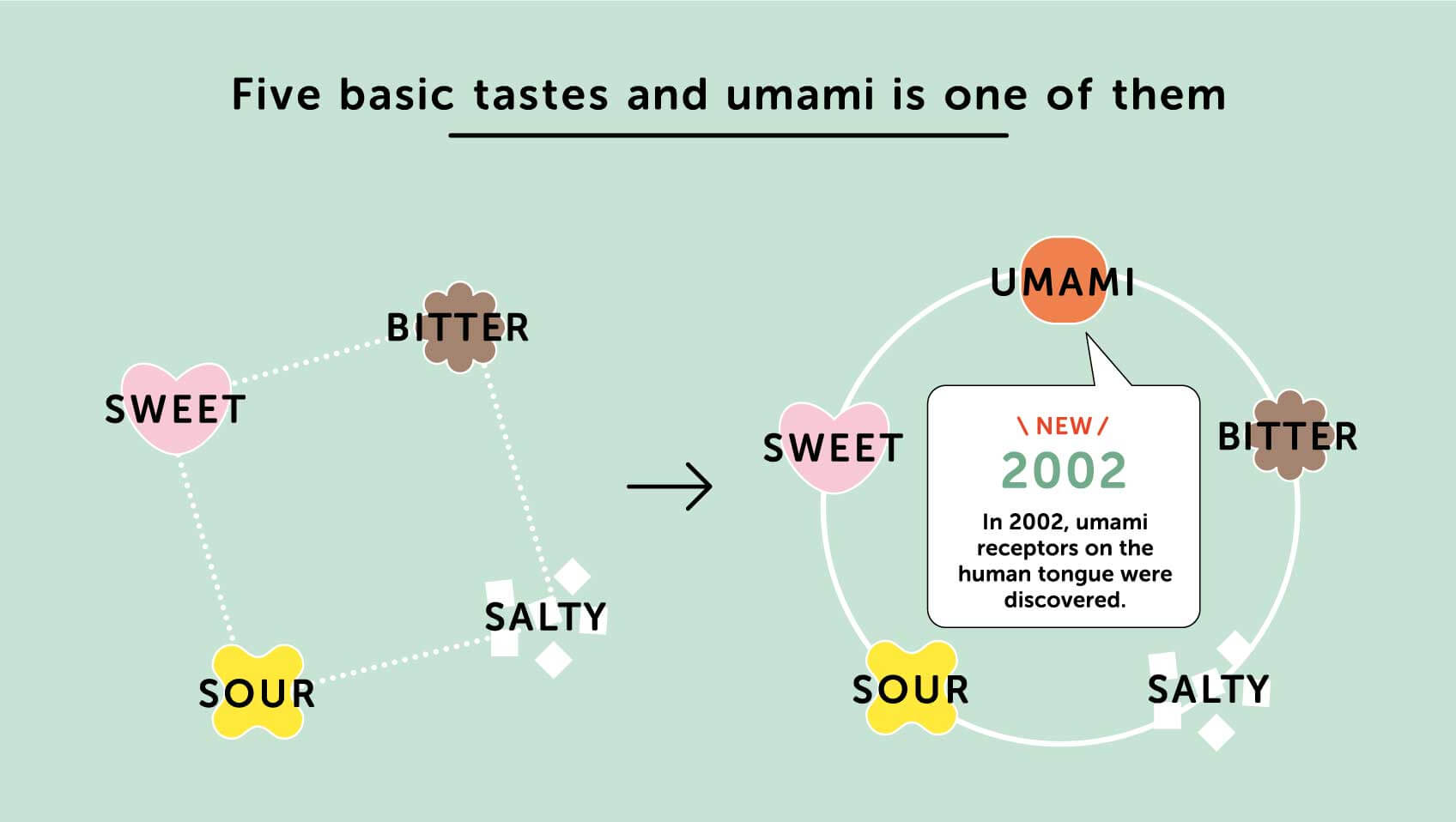 Umami is the core fifth taste. Scientists identified umami taste receptors on the human tongue in 2002 (alongside the sweet, sour, bitter, and salty taste buds). Meaning that umami is an inherent taste universally enjoyed.

2. Umami is found in our everyday food 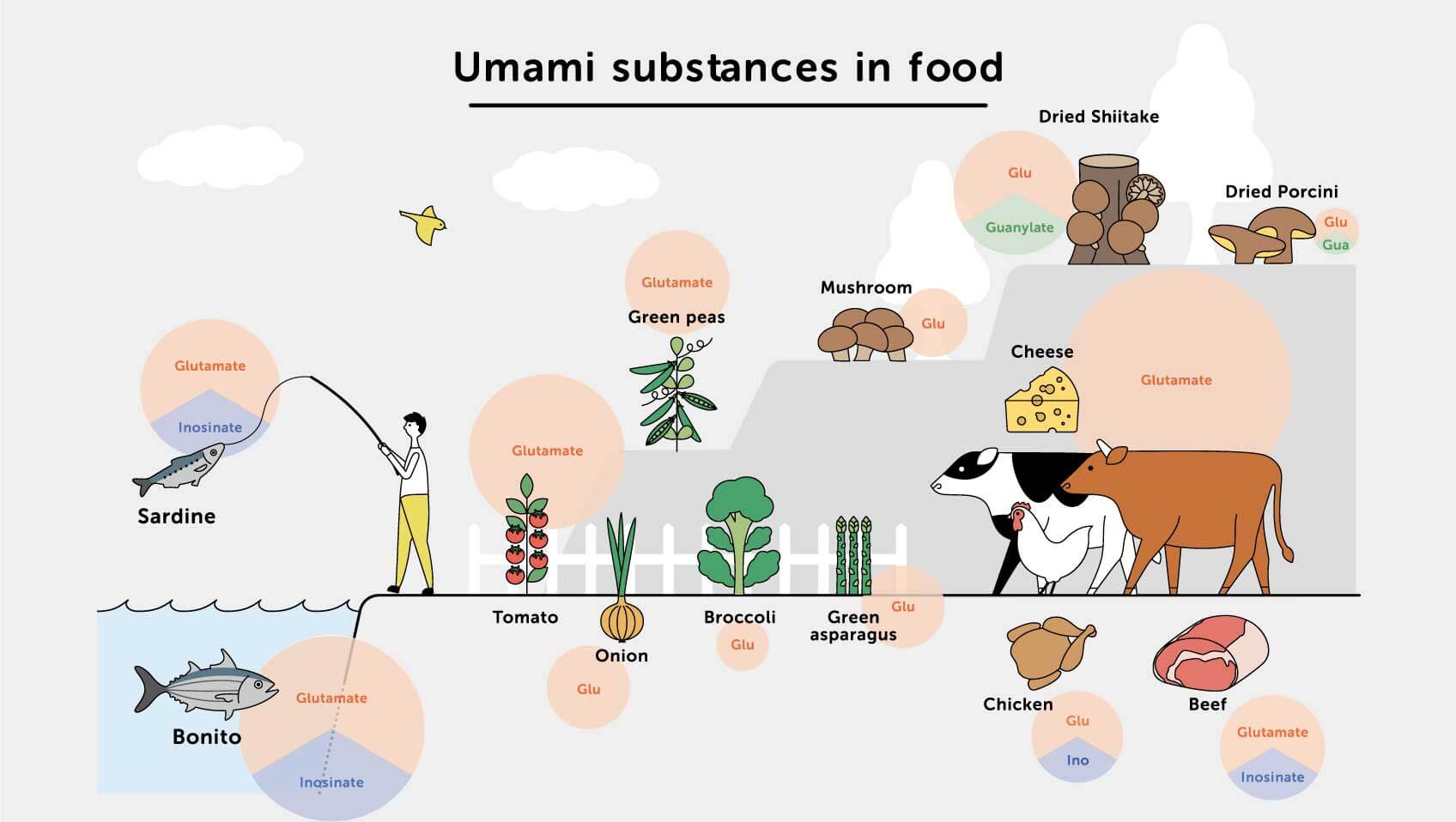 To get technical, umami is the taste of glutamate, an amino acid that is one of the building blocks of protein. Glutamate occurs naturally in the human body and in many delicious foods we eat every day, including, but certainly not limited to, aged cheeses, cured meats, tomatoes, mushrooms, salmon, steak, anchovies, green tea—and the list goes on.

3. Umami was discovered 110 years ago in Japan 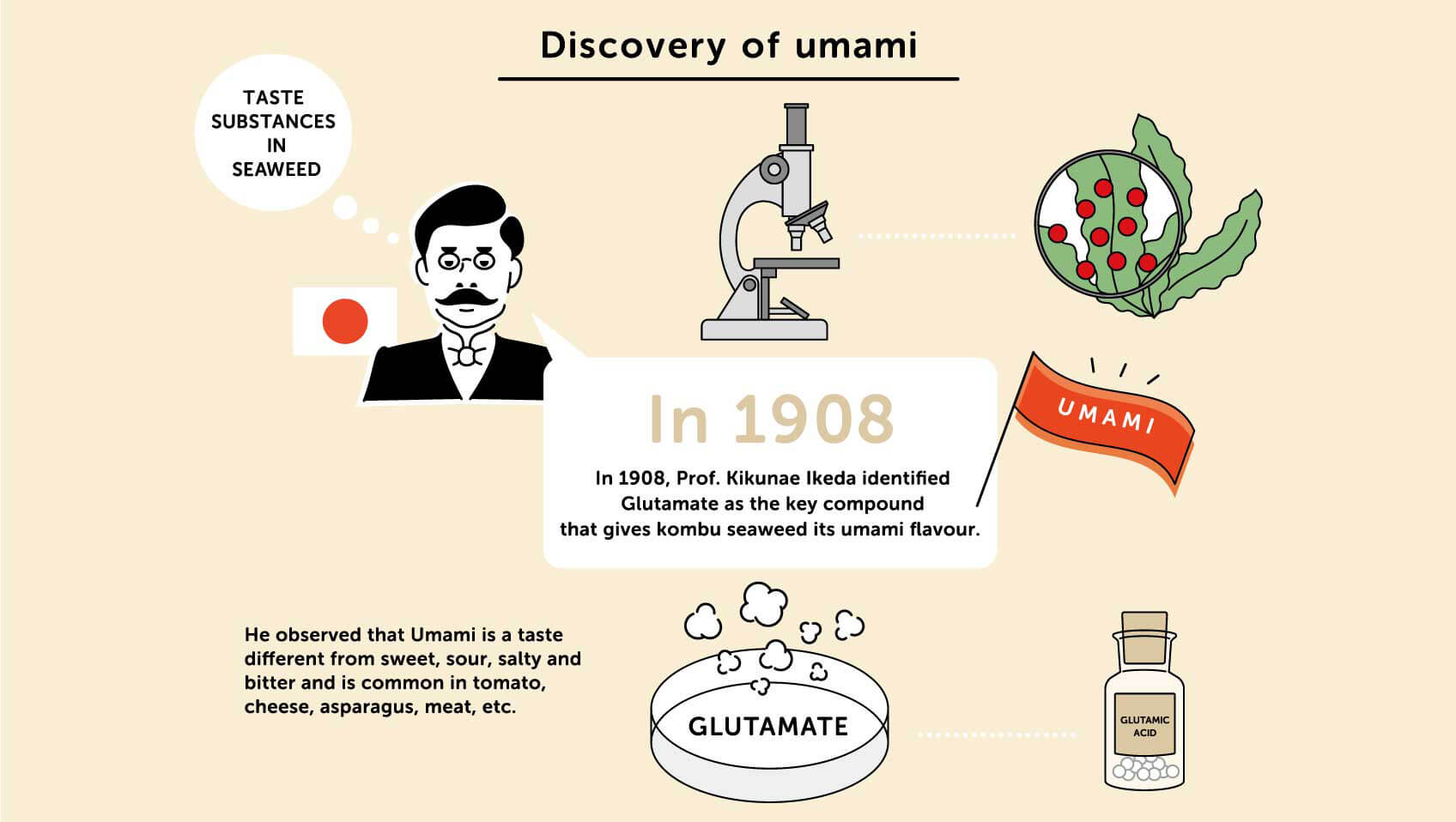 Umami was first identified by Japanese scientist Dr. Kikunae Ikeda. While enjoying a bowl of kelp broth called kombu dashi, he noticed that the savory flavor was distinct from the four basic tastes of sweet, sour, bitter, and salty. He named this additional taste “umami,” which literally means “essence of deliciousness” in Japanese. Dr. Ikeda eventually found the taste of umami was attributed to glutamate. 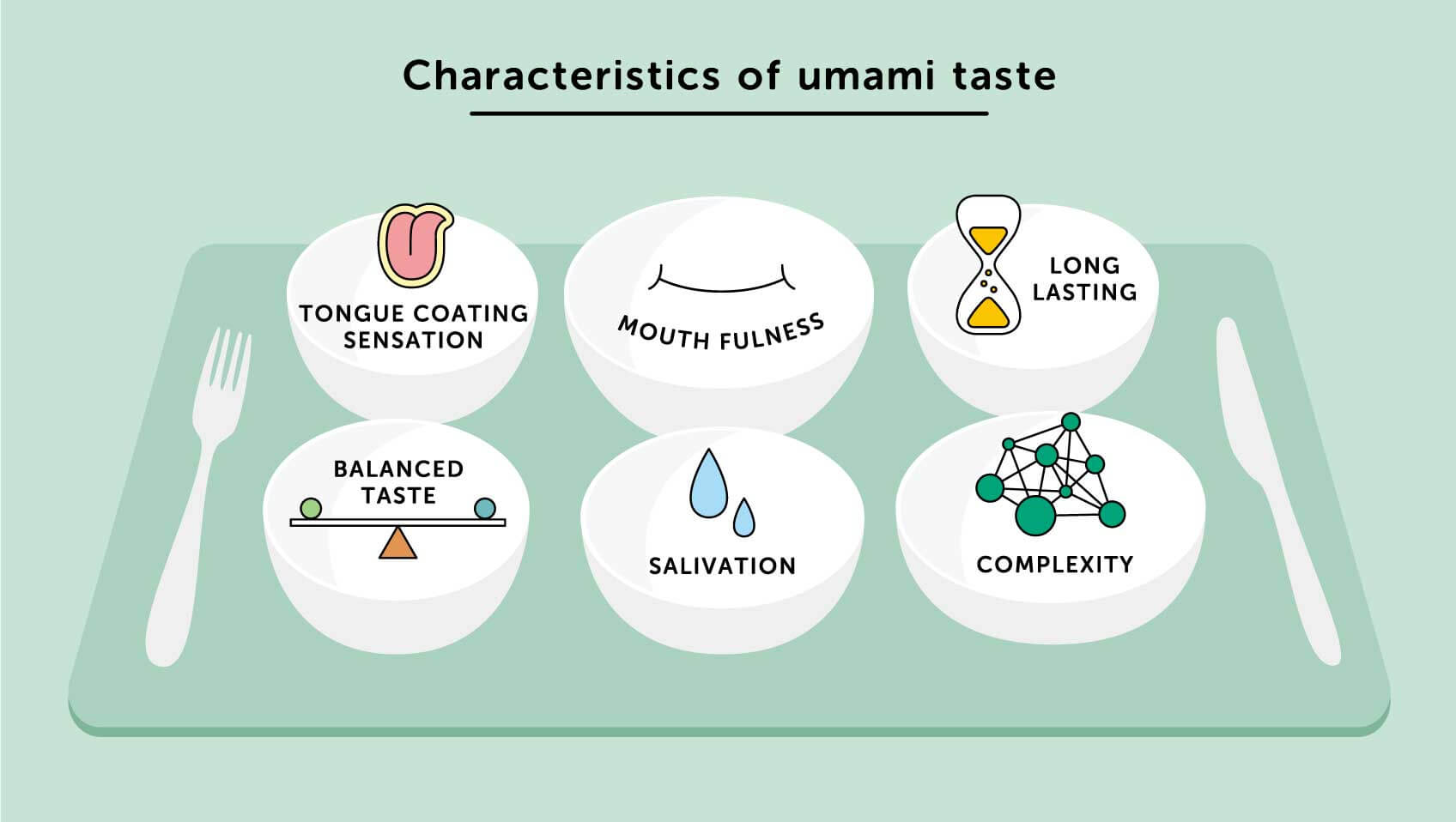 5. Umami is easy to achieve

Whether intentionally or unintentionally, we often add umami whenever it seems like something is missing in our food. Cooking with ingredients rich in glutamate will round out the flavors in any dish. Umami boosters great to stock your pantry with include ketchup, miso, truffle oil, ranch dressing, and soy sauce, to name a few. Proteins like pork, beef, fish, and shellfish make strong umami foundations and vegetables like tomatoes, mushrooms, and seaweeds are also high in glutamate (umami). And for the purest form of umami, sprinkle a dash of monosodium glutamate (MSG). Add any combination of these glutamate-rich ingredients and you’ve got an umami bomb!